Why did Jesus have to die on the Cross?

Description
One of the most difficult components in the story Christianity is the crucifixion of Jesus on the Cross. Some people don’t like the brutality of it, some people think it shows a weakness in Jesus that is incompatible with an all-powerful God, and some people just don’t get what it has to do with reconciliation with God. And for me, when I first came to believe in God and was warming up to Christianity, I couldn’t make heads or tails of this idea that Jesus had to die on the cross in order for mankind to be restored to friendship with God. At that point in my formation I would have found this analogy fitting: imagine if you had wronged somebody or you were indebted to someone and you had to appeal to their mercy because of your inability to pay them back. And their reply was something like, “I forgive you and to demonstrate the sincerity of my forgiveness, I will now murder my beloved dog.” And you’re like, “thanks for the forgiveness… and all, but we don’t have to kill the dog. You could just forgive me and leave the dog alone.” And they’re like, “No! I cannot forgive you, unless the dog dies!” This is how the explanations for the formula of Christ’s sacrifice on the cross leading to our forgiveness and salvation appeared to me. Why would an innocent party have to be murdered for us to be restored to God’s favor? That doesn’t seem like “justification” it seems like a further injustice piled on to an already bad situation. If God was prepared to forgive us, why not just forgive us. But to use this analogy, as a criticism for Christianity, depends on a kind of juvenile formulation of how the Cross leads to salvation and unfortunately, it’s an oft recited formulation. It goes something like, “Jesus paid the price for our sins to satisfy the wrath of God.” But again, if God was willing to forgive us our debt, he could have just forgiven it. Why does it still need to be paid? And the longer I’ve followed Christianity, the more that analogy with the dog doesn’t correlate to my experience of being transformed by the sacrifice of Jesus. The analogy fails in a few ways. First, the two individuals in the exchange are peers. They are both thought of as humans, albeit, one is in a higher position. The second problem is that forgiveness alone, isn’t what Jesus came to provide for us and while a debt can be forgiven, as in the analogy, it doesn’t necessarily lead to reconciliation and friendship. Imagine if you hurt someone through a flaw in your character, like you were compulsively dishonest. They could forgive you for your transgression, but that doesn’t mean they have to allow you back into a position of confidence from which you could hurt them again. They could forgive you and wish you well as you depart ways.   But that’s not what God wants. He wants us to partake in his divine life and to be fully restored to communion and friendship with him but in order to enjoy that degree of intimacy with him, we must first become morally good. If we still retain our attachments to compulsive dishonesty, greed, laziness, lust, and pride, then heaven wouldn’t be any different than what we currently have. So mere forgiveness isn’t enough, God has to also see to it that we are transformed into saints. So how does he transform us? Well, he gives us of himself – Christians call it his Grace. He infuses his goodness, his strength, his will, and his love into us so that we can become more like him. God’s grace gives us the ability to grow in holiness and to do as we should in life, but there’s one aspect of our experience that God’s grace could not help us with because it was foreign to his nature – that is to suffer and die. God doesn’t suffer because suffering is a consequence of some deprivation. For example, we suffer when we are hungry because we are deprived of food. But God lacks nothing and is life itself, so suffering and death are unfamiliar to him unless he chooses to experience these things. And that’s exactly what he did through the incarnation of Jesus. He entered into the fiasco of human existence by becoming one of us and then demonstrating, by his own example and experience, the way back to an existence of harmony with him, ourselves, and each other. And he didn’t simply enter into one version of life and suffering. He knew full well, that some people would and do suffer in unimaginable ways so he chose a path that would make it so that he experienced the most excruciating suffering available. The etymology of the word excruciating, by the way, is to be crucified. So he literally suffered an excruciating death. So God forgives us but not only that, he makes a way for our suffering to be redemptive. He tells us to pick up our cross and follow him and that if we embrace that cross the way he did, we will be made new and perfected in his Grace – a grace he can now give us for having suffered as we do. 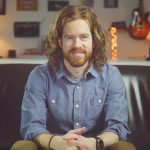